Kyle contacted Andi from buildahottub.com in July of 2021. Kyle has been getting quotes from local builders and pool builders for the tub that he was looking to create. These quotes has been coming in at around $100K. Yes, you read that correctly, $100K. Huge amounts of money for what Kyle was looking to do. So, Kyle began to look for alternatives and he found Andi at Buildahottub.com

Kyle got in touch via the web chat and he and Andi also had a conversation and exchanged several emails regarding what Kyle was looking for and what he wanted to build.

The scope of work was drawn up and agreed upon by both sides.

In short, design the Spa and plumbing to Kyle’s spec. Kyle was then going to do the plumbing portion himself and have a contractor come in to do the concrete work.

The design phase did go without a hitch. That said, Kyle’s plans did have to be modified as the distances of pipe runs were just too great. He initially wanted to have the control room some 80′ away from the Hot Tub. After Andi had done the flow calculations it was just not going to work. So, Kyle decided that he would build a pump room a little closer to the tub so the runs in the end of pipe were only about 20′ from the Tub. Much better for flow rates.

Kyle did however have some pretty cool ideas for what he wanted to do with concrete loungers and you can see below the plumbing diagram that was produced! This is just the lounger! On the videos below, Kyle explains how he actually reigned in ideas, even after the plans were drawn up! 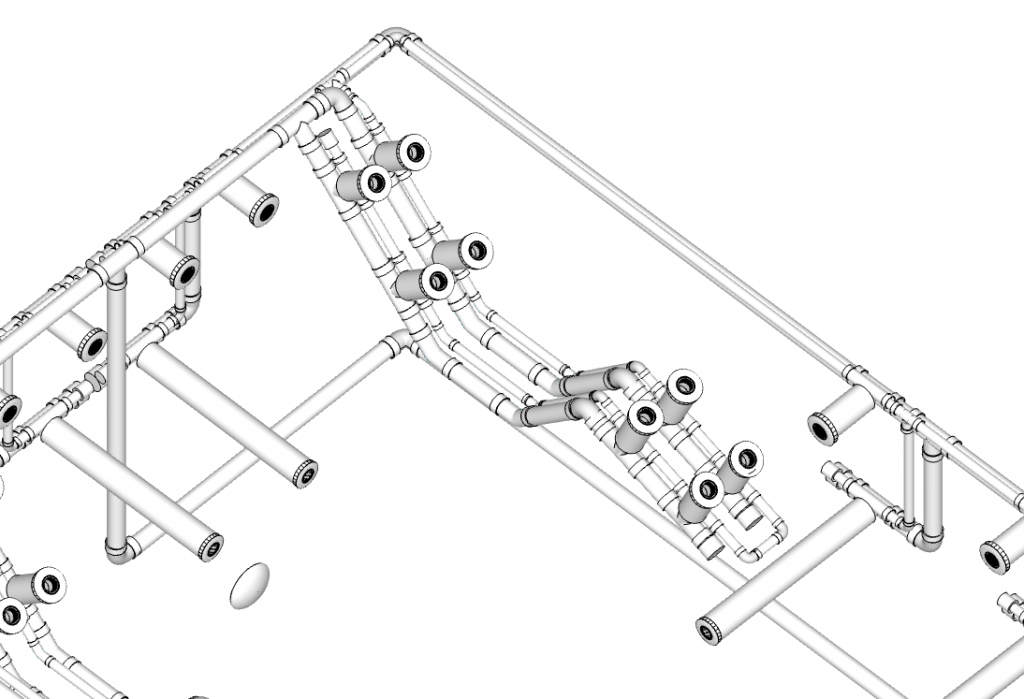 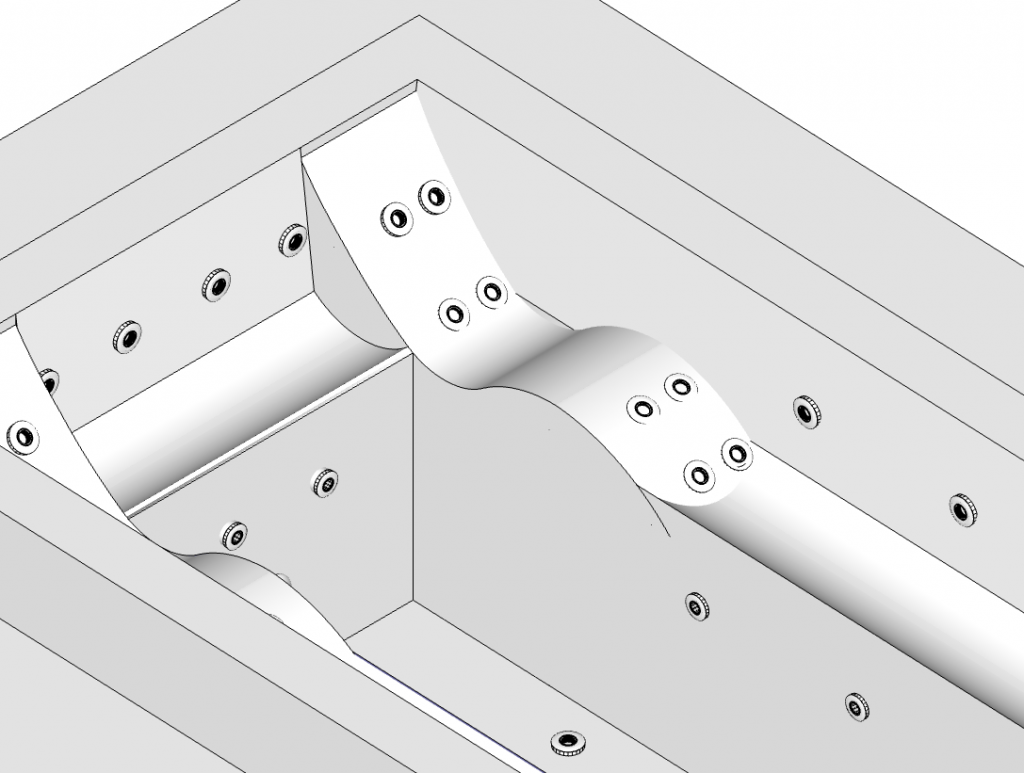 The first thing that Kyle had to do was to build the pump house that was going to house all the pumps. This has its own concrete base and took him a couple of weeks to build.

Following the excavation of the area, the next steps for Kyle were to lay the inward and outward pipes 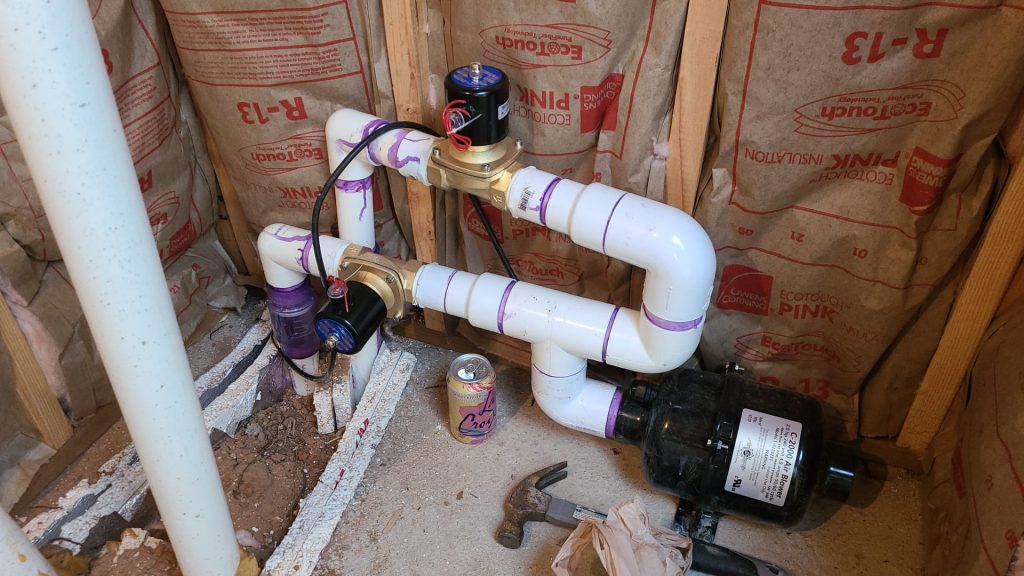 Then, it was time to make the form for the concrete base. 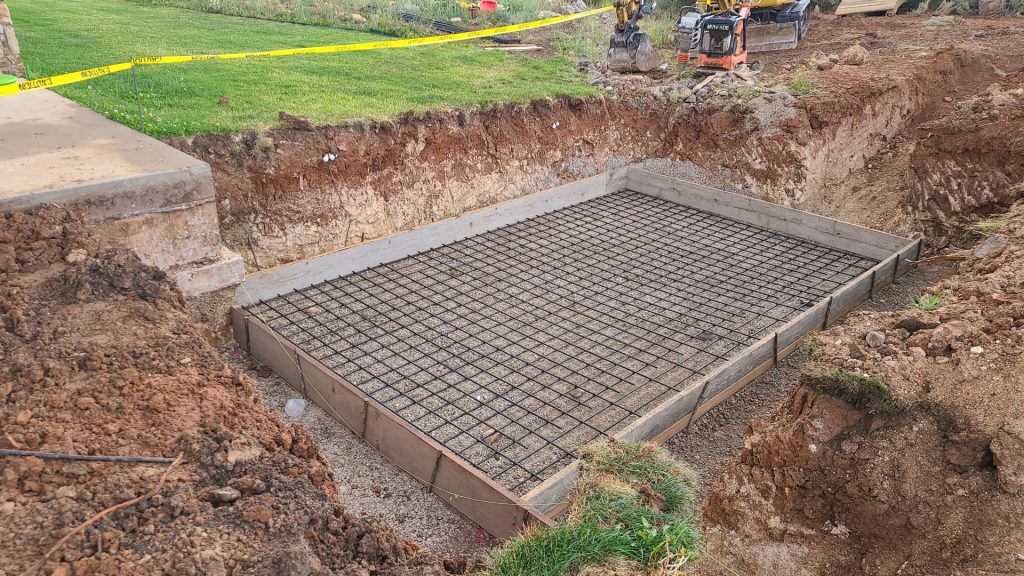 space
.
After the rebar structure had been created, with the wooden form placed on the inside of the rebar, it was time for Kyle to start the plumbing. This is one HUGE Hot Tub so there is quite a lot of plumbing as you can see.

Help! There’s an Air Lock in my Hot Tub!

Read More
Comments Off on Help! There’s an Air Lock in my Hot Tub!

Can I use my Hot Tub as a Swimming Pool?

Read More
Comments Off on Can I use my Hot Tub as a Swimming Pool?

Should I use a Cartridge Filter or a Sand Filter in my Hot Tub?

Cartridge filters and sand filters are two of the [...]

Read More
Comments Off on Should I use a Cartridge Filter or a Sand Filter in my Hot Tub?

This guide discusses the two kinds of hot tub [...]

The sound of running water is always relaxing to [...]