The whole reason that I started buildahottub.com and the YouTube channel was to help people build their own DIY hot tubs. In this blog post, we’ll look at the mistakes that I made, so hopefully, you won’t make the same ones.

Contents show
1 Mistake#1: Don’t Make the Hot Tub Too Big
2 Mistake#2: Don’t Make a Small Control Room
3 Mistake#3: Don’t do things Too Quickly – Don’t Rush!
4 Mistake#4: Don’t Skip Reading Instructions
5 Mistake#5: Don’t Worry About Using Joints
6 Mistake#6: Don’t Force the Pipe If It’s not at the Correct Angle
7 Mistake#7: Keep Your Pipes as Perpendicular As Possible
8 Can I Help You?
8.1 5 Alternatives to Buying a Hot Tub
8.2 What is New In the Industry? My Findings at Spatex 2023
8.3 Can I add an Air Source Heat Pump to a Hot Tub with a Dual Speed Pump?
8.4 Can I Use a Sand Filter on My DIY Hot Tub?
8.5 Is my Hot Tub Compatible with An Air Source Heat Pump?
8.6 ACC Spa Controller – PSOL and PSOH Errors – What are they and how do I fix them?
8.7 Why you don’t need Ozone in a Hot Tub and what you should use instead
8.8 What are the Differences Between Domestic and Commercial Hot Tubs?

The first mistake that I made was that I tried to make the Hot Tub too big. Now, it may seem a little odd that you can’t build a hot tub as big as you want. You need to consider how you’re going to heat it.

In my case, I was going to use electric – I knew it from the beginning – and my initial drawings had the actual volume of water of well over 3000-3200 litres, which is a huge amount of water to heat.

So what I did was actually scale that back so that I could stay within the limit of the 3 kW heater that I was going to use for my own build. Now, most of the builds in Europe and the UK are 3 kW heaters. In the United States, it’s usually a 5.5 kW heater – normally the one I would use for heating a hot tub using electric.

To put this into perspective, the pool supplier was suggesting a 12KW heater for the volume of water I was originally planning. That is huge!

So the first mistake I made was trying to make it too big.

The next mistake was actually with the control room – if you’ve read my blogs and watcvhed my videos, you’ll notice I talk about it a lot. Still to this day, it’s extremely annoying when I come to change the filter, and it’s quite difficult actually to get into the control room and access all the parts.

The one thing I would say is if you can make it bigger than you need, do it, so you’ve got real easy access to actually get in there to service the pump and look into the heater, changing the filter.

You really want to have easy access to these components. So, the second mistake I made was to make the Control Room way too small.

The third mistake was trying to do things too quickly – I was rushing. Certainly, on the plumbing, if you make those joints, and you make them well, they will not leak. Take your time over them, make sure you’ve got a full inch and bit of pipe inside of those fittings then they’re not going to leak.

But, if you rush and don’t make those joints properly, they will leak. It’s simple as that. That’s, unfortunately, what I had with my own build.

So, I always advise any of my customers to take their time doing it nice and slowly. Make sure you are making really good joints to ensure you don’t have any leaks in your hot tub. The kit that we use is very good quality kit. So if the joints are made correctly, you won’t have to face any problems further down the road.

It is much harder to repair a leak than it is to make a good joint in the first place!

The next mistake that I made was not actually reading the instructions of the spa pack. Now, I know that we don’t like reading instructions. (I’m sure many females will say they always read the instructions by us males like to think we know it all).

I didn’t read them, and it ended up costing me in the wallet. What I actually did was by not reading the instructions, and not checking the current draw on the hot tub light. When I plugged in my non-standard hot tub light into the control pack, I was drawing too much current.

I didn’t know that I was actually blowing the control board. It became quite expensive habit because these control boards are about $300 each, and I was going through them rather quickly!

Again, take your time, check everything read the instructions look at the current draws. And of course, if I’m supplying you with the parts, then I’ve already checked that for you. I’ll know that it already works. So, I can help you on that point. But again, don’t make the mistake that I did. It was quite costly.

You’ll probably think I’m advising on how to make a hot tub while I was the one who made all the mistakes. Well, we all learn from our mistakes, and indeed I made quite a few on my build. But it’s great as I can help you not to make the same ones!

The next mistake that I made was trying to avoid joints with the pipes. It seems quite odd. But what I was doing was trying to bend the pipes round the corner instead of putting a 90-degree elbow.

In my mind, I thought if I had fewer joints, I would have fewer chances of leaks. The reality is that bending those pipes meant that it would go into the fittings quite at the right angle that they ended up leaking. I had to take them out and replace them. When you’re making or designing your plumbing – of course, I can help you with – make sure you put in those 90-degree angles.

Mistake#6: Don’t Force the Pipe If It’s not at the Correct Angle

The next mistake is almost related. Keep within the angles of your joints. With this, I mean that is the fittings coming in different angles, so you can have 90-degree elbows or 45-degree elbows. Keep to those angles, and don’t force the pipe if it’s not at the correct angle.

I used the semi-flexible pipe, which is actually not that flexible if you have seen my previous blogs and videos. But what I did, I kind of had the lower drains coming in with this sort of flexible pipe.

Instead, I should have done to keep it to the angles – 90 degrees in each direction. What ended up in my control room was where the pipes met, they were not at the right angle. So I have got pipework that is all over the place.

Keep your pipework parallel and all in the correct angles of the joints 90 degrees or 45 degrees and you’ll be fine. It will make your life easier, and again you’ll have fewer chances to have any leaks in your hot tub plumbing.

Mistake#7: Keep Your Pipes as Perpendicular As Possible

The final mistake I made with my build was not taking the time to get the Gunite bodies flush and perpendicular to the surface. It means that when I fitted the wall niche and eventually fitted the jets, there were slight angles and they don’t fit completely flush to the wall.

I would suggest wherever possible, keeping those pipes as perpendicular as you can when they come out of the walls, and you’re going to seal them so they when those jets are installed, they’re perfectly flush to the wall.

Now, it doesn’t actually matter if the jet is not totally flush to the surface as it doesn’t affect the functionality.

All that happens is air escapes from the back of them when your blower is running and when the jets are full, you don’t notice anyway. It’s not the end of the world if you don’t get the jets just perfect. That said, if you can get the nice perpendicular finish for your jets, you’ll have no issues at all, and it just finishes off a project really nicely.

Can I Help You?

If I can help you in any way I would love to hear from you. You can get in touch using the form below. 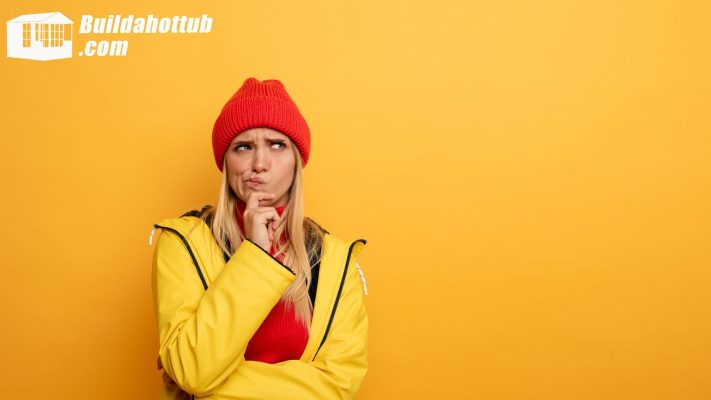 5 Alternatives to Buying a Hot Tub

Hot tubs have long been a popular way for people to relax, relieve stress, and [...]

What is New In the Industry? My Findings at Spatex 2023 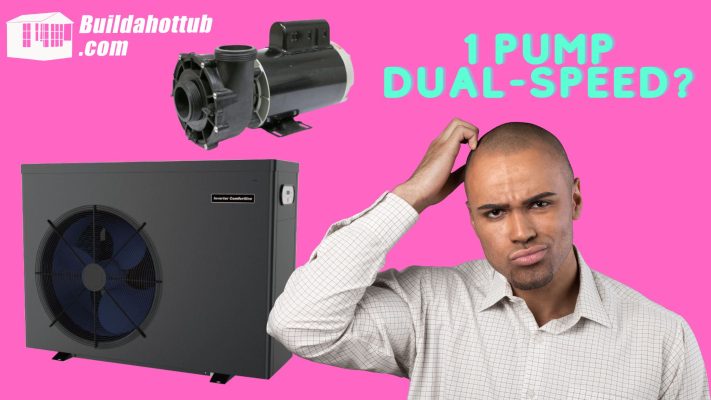 Can I add an Air Source Heat Pump to a Hot Tub with a Dual Speed Pump?

There are quite a few hot tubs out there that run on a single pump. [...] 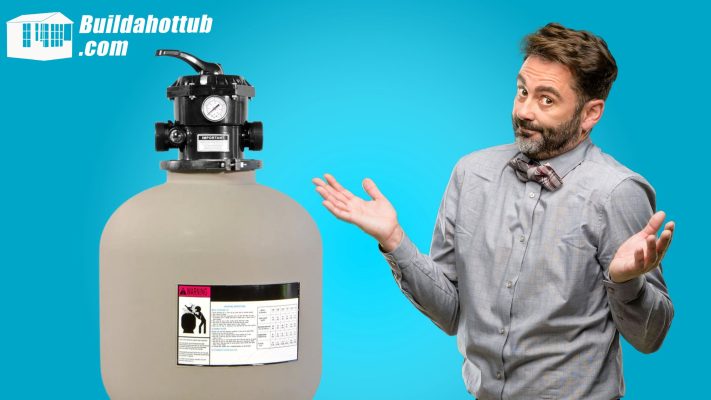 Can I Use a Sand Filter on My DIY Hot Tub? 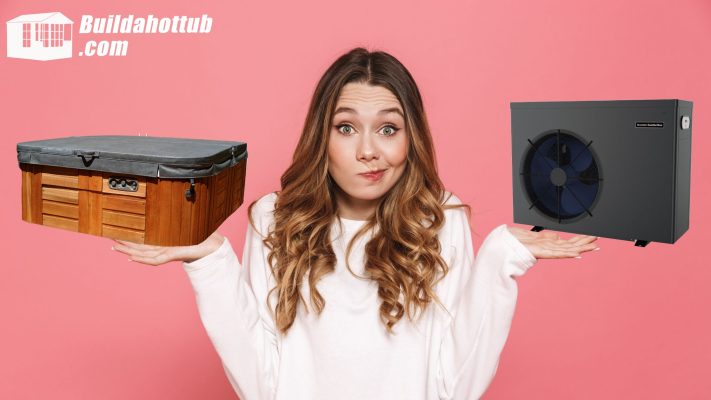 Is my Hot Tub Compatible with An Air Source Heat Pump?

Is my Hot Tub Compatible with An Air Source Heat pump? Yes, your hot tub [...] 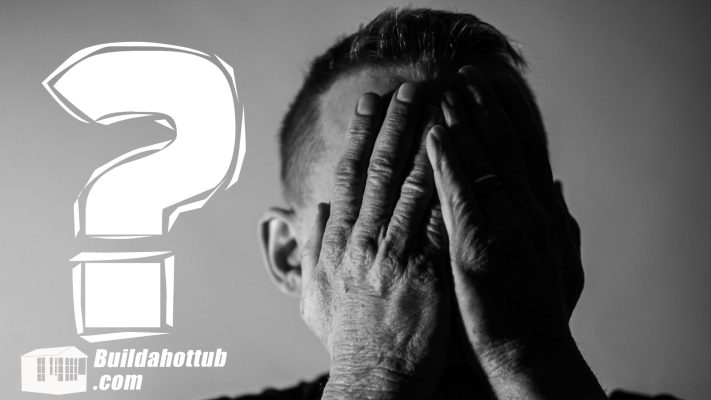 ACC Spa Controller – PSOL and PSOH Errors – What are they and how do I fix them?

PSOL and PSOH Errors are common on the ACC Spa Packs. Firstly, this is not [...] 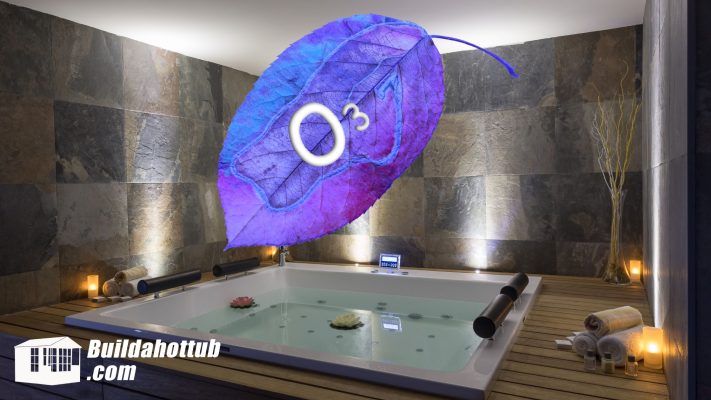 One of the things that I often get asked about is using Ozone on a [...] 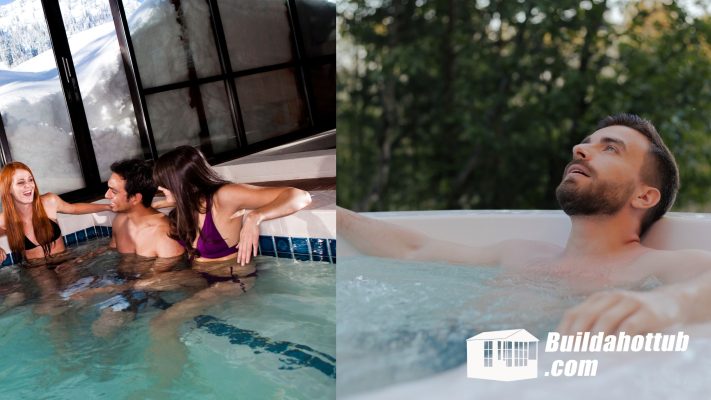 What are the Differences Between Domestic and Commercial Hot Tubs?

If you are wondering what the differences are between a commercial hot tub and a [...] 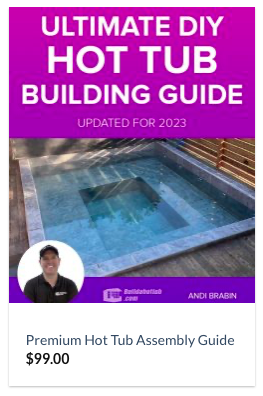 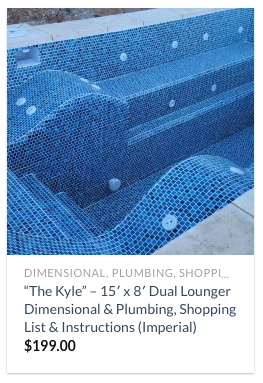 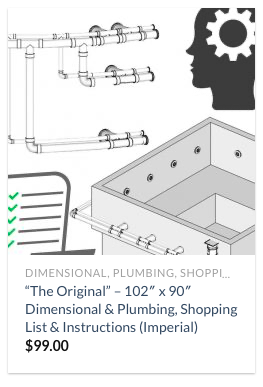